This is a first of its kind dimmable wall outlet, that can be controlled from a remote control, keypad or even a mobile phone. It features advanced options like an adjustable ramp rate that slowly brings the lamp on, a preset dim level that stores your preferred choice of 32 brightness levels when turning the lamp on initially, as well as load sense, so you can still use the lamp’s built-in switch to turn the light on and off.

OutletLinc Dimmer will be a welcome addition for families with small kids, thanks to its tamper resistant outlets, which have spring-loaded shutter mechanism that allows plugs to enter but resists access to single-pronged items like keys, hairpins, or nails.

Thanks to its dual-band technology OutletLinc Dimmer is able to send and receive commands using both radio frequency (RF) and power line. So it will repeat both signal types for other devices in your network, making your entire INSTEON system faster and more reliable. It’s also backwards compatible with X10 devices, making it a good addition for customers with existing X10 installations.

But the uniqueness of OutletLinc Dimmer is in its Dimmer Key, a small, razor-thin piece that goes over the lamp plug, which prevents others in your home from unplugging the lamp and plugging in non-dimmable appliances that could result in damaging of the appliance or even in a fire from overheating.

The OutletLinc Dimmer is available for pre-order at Smarthome.com for $59.99 for White (Item# 2472DWH), and $64.99 for other varieties (Light Almond, Almond, Ivory, Black, Brown, Gray). The shipments are expected to start in the end of July.

IRVINE, Calif., June 27, 2011 — Irvine, Calif. – Smarthome announces the release of the new OutletLinc Dimmer – INSTEON Remote Control Dimmer Outlet (Dual-Band) – the world’s first remote controllable dimmable receptacle. The product is a great alternative to the popular OutletLinc Relay – INSTEON Remote Control On/Off Outlet, which has been a popular seller since its launch in 2007.

The new product is a full-featured dimmer receptacle that can be remotely controlled by powerline and radio frequency (RF) INSTEON controllers, and also doubles as an Access Point, relaying RF and powerline signals to other INSTEON-compatible devices. The dual-band technology not only increases the reliability of the dimmer, but for the user’s entire INSTEON network.

The simple-to-use OutletLinc Dimmer has advanced features like an adjustable ramp rate that slowly brings the lamp on, a preset dim level that stores your preferred choice of 32 brightness levels when turning the lamp on initially, as well as load sense, so you can still use the lamp’s built-in switch to turn the light on and off. It’s made to be installed in place of any wall receptacle and controls incandescent loads up to 300 Watts. The OutletLinc Dimmer also features a standard (always on) outlet rated up to 15 Amps.

“The new OutletLinc Dual-Band Dimmer Outlet is the world’s first remote controllable, dimmable outlet,” commented Laurie Maroni, Vice President of Marketing at Smarthome. “Our patent pending design allows a user to replace any outlet in their home and instantly turn it into a dimmer. OutletLinc is controllable by any INSTEON controller such as a wall keypad or even the user’s smartphone.” 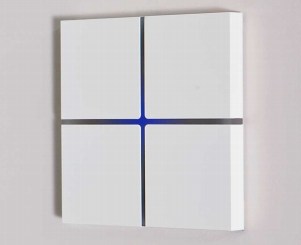 How to Get More from Your Home’s Lights

Deal alert: ISY99i is on Sale