Google has dropped the bomb at this week’s Goggle IO conference, claiming to bring Android platform in the near future to any device in your home – from light fixtures to tumble driers, to stereo systems. The technical details, though, are scarce at the moment. Here’s what we know about Android@Home initiative so far…

Android@Home will use a new low power, wireless (900Mhz), mesh protocol, similar to ZigBee. But unlike ZigBee it will be capable to carry audio and low-res video streams. “If an OEM were to do that it would most likely today be a proprietary solution,” claimed Android head Andy Rubin. “By the Android team doing that it becomes a standard.”

There could be up to 500 devices in a mesh and they can be up to 50m (~164ft) apart. There should be a central Android@Home base station (at present time code-named Project Tungsten) in the mesh to bridge wireless devices with Android phones/tablets.

Protocol adopters (i.e. device manufacturers) will have a relatively low cost of entry, thanks to “no NDAs, no fees and no approvals process”. Currently the details of the implementation are not revealed, but Google promised to open source the protocol as soon as it’s ready.

The protocol was developed by Google in collaboration with Lighting Science Group Corporation (LSGC), a Satellite Beach, FL-based LED light manufacturer with operations in The Netherlands and Australia. Lighting Science was recently recognized as a National “Champion of Change” from the White House, an award associated with President Obama’s “Winning the Future” initiative. LSGC produces a DEFiNiTY line on LED bulbs costing in the $20-$40 range. You may find those bulbs shining bright (and efficiently) in your local malls and parking garages. By replacing current dimming module inside the bulb with Android circuitry, will allow LSGC to keep the price of the bulbs the same.

On the media side, Android@Home will offer a technology similar to Apple’s AirPlay and provide Sonos-like functionality allowing to wirelessly stream synchronized music to multiple rooms in your house, effectively creating a low-cost distributed audio system. The current price of entry for AirPlay (not considering the iPhone or iPad as a controller) is around $99 for AppleTV or AirPort Express Base Station. For Sonos it’s around $450 for S5 powered speaker with ZoneBridge 100. Hopefully Google will be able to bring the cost down closer to or below Apple’s offering. Combined with refreshed Google TV, Android@Home could finally provide a foundation for an affordable connected home platform.

Google has also revealed a new hardware development architecture based on the open source Arduino platform. It will allow manufacturers and DIYers alike to create low-cost hardware solutions that will be able to harness an array of sensors, cameras, GPS, gyro and other chips residing inside the Android handsets and tablets.

We’ll definitely keep an eye on the future developments in the Android@Home initiative, and provide more details as they become available. 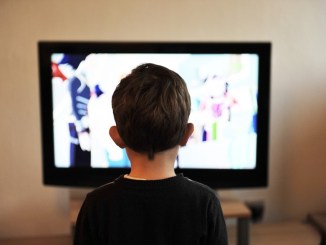 DIY Project: How to cut your kid’s TV-time without saying a word, the geek-way.

The Ultimate List of Home Automation Software for iPhone, Part 3